Bandit Industries is an innovative, dedicated team focused on building lasting relationships with our dealers and customers. We will achieve this by delivering premium wood and waste processing equipment and services, on-time at a competitive price inspiring customer enthusiasm. This will provide long-term profitable growth and personal achievement for our employees, dealers and customers.

We hold ourselves to the highest integrity and ethical behavior and deliver what we promise. We strengthen our reputation through trust. Our dealers, customers, suppliers, community and employees must be able to trust what we say and be confident that we will keep our commitments.

Bandit’s dedication to quality, performance and customer support is what differentiates us from the competition. It is our employees personal pride and customer focus that continuously drives us to improve our processes and the products and services we provide. Our continued success depends upon addressing the needs of our employees and exceeding the expectations of our dealers and customers.

Bandit’s diverse set of talents, thinking and opinions is what makes our team strong. We respect and value differences in opinions, experiences and backgrounds. We know that only by working together, we can we produce better results than any one of us can achieve on our own.

We make meaningful commitments to each other and those with whom we work and serve. We are committed to providing a safe, personally satisfying work environment for our employees. The commitment we share is essential to meet the needs of our dealers and customers. It is our duty to carry forward the Bandit legacy.

A BRIEF HISTORY OF BANDIT INDUSTRIES 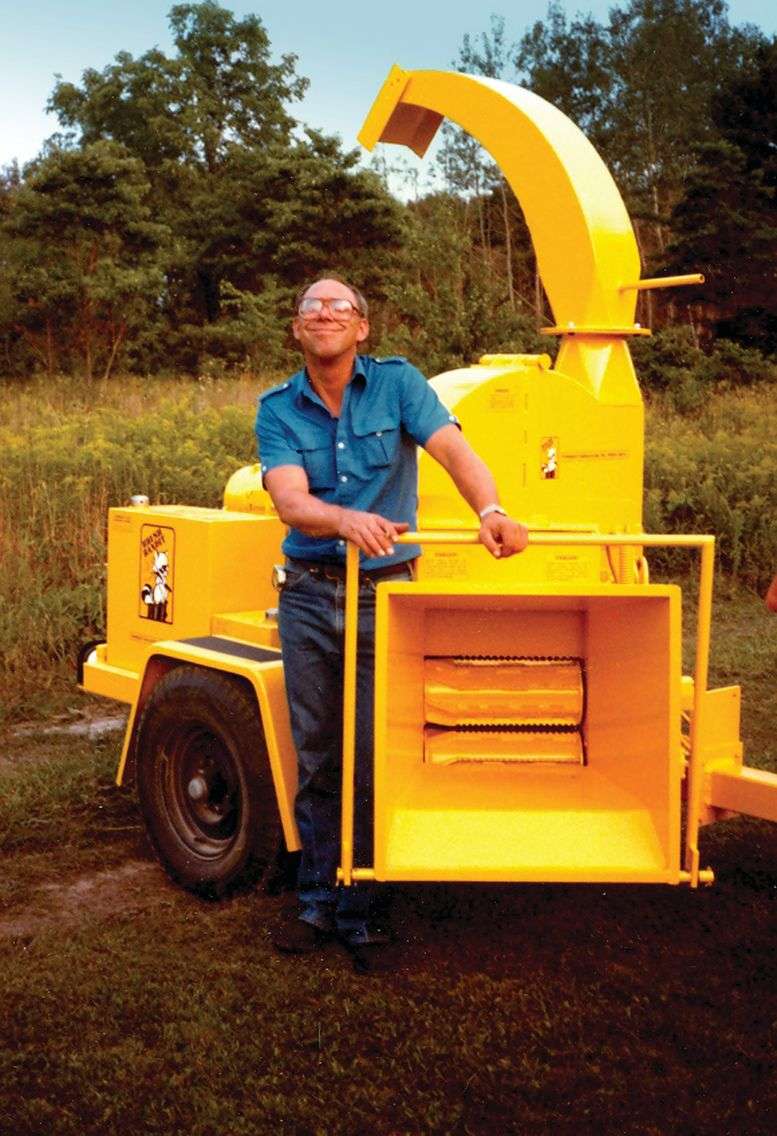 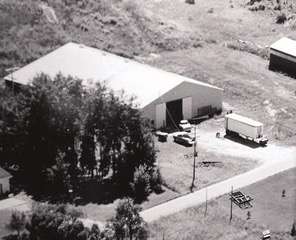 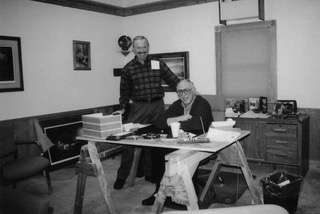 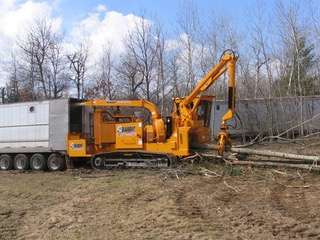 The year was 1983 when original founder Mike Morey Sr. left a prominent position in the woodchipper manufacturing industry to set out and build a better product. “Nobody would listen; not to me, or the product guys, or the customers telling us what they needed,” said Morey on the work environment that led him to start his own company. “Frustrating doesn’t even begin to describe what it was like.

Mike finally had enough and with the support of his wife (and Bandit co-founder Dianne) and their children, he started a small company called Foremost Fabrications. He procured a 6,000 square foot repair shop located in a rural field approximately ten miles west of Mt. Pleasant, Michigan. He had the assistance of six employees, and using the designs his previous company had rejected, Mike and the fledgling team built the first Brush Bandit® chipper – the Model 100.

After the first unit was completed, Mike hit the road to promote the new chipper. Aside from the innovative design with the now-famous Slide Box Feed System, he pledged durability, honesty, integrity, and unwavering support as part of the Bandit ownership experience. It did not take long for before the first load of Bandit chippers hit the road.

In 1987 Jerry Morey and Dennis Tracy left the same company to join Mike and Dianne as co- owners, bringing significant experience in sales and marketing with them. The company name was officially changed from Foremost Fabrications to Bandit Industries, Inc. A big part of the sales and marketing strategy was to set-up a variety of dealers across the country that would provide unmatched support on all levels. Sadly, Dennis Tracy passed away in 1997 leaving Dianne, Mike, and Jerry as the three owners of Bandit.

In addition to manufacturing a complete line of hand-fed chippers, Bandit continued to grow by adding product lines throughout the years. Bandit pioneered the self-propelled chipper market by introducing the first whole tree track chipper in 1990. Bandit entered the horizontal grinder market in 1995 and unveils The Beast® – a powerful horizontal grinder that would soon become one of the leading machines in the world for processing waste wood, plastic, roofing shingles, and much more. Bandit continued enhancing its product offerings by developing a line of stump grinders and introduced them at the TCIA show in 2004. A line of track carriers was offered to the market in 2006 featuring interchangeable forestry mower and stump grinding heads and in 2013 with the success of the track carriers a 60” and 72” forestry mulcher attachment for skid- steer was added. Finally in 2018, Bandit partnered with Arjes a company out of Limbach, Germany to be the exclusive North American representative to sell their line of slow speed shredders with the capabilities to process Construction and Demolition waste, chunk wood, concrete, metal and more. Overall Bandit now has six major product lines to serve a variety of markets.

As the product lines grew, so did the manufacturing capabilities. Averaging a major building expansion every two years, Bandits original 6,000 square foot shop grew to over 340,000 square feet of manufacturing space up until 2020. In 2018 a 19,600 square foot parts warehouse was constructed to increase parts staff and inventory. As the demand for Bandit products increased, the determination was made to dedicate significant resources in expansions. Building expansions included additions to the stump grinder and Beast assembly areas along with an addition to the hand-fed pre-assembly area. In 2022, the plan is to add a new state-of-the-art steel room. Once all expansions are completed, the total manufacturing space will be 560,000 square feet.

Bandit’s dealer network has always been a key to the success achieved. Bandit dealers invest significant resources in personnel, inventory, and support. Most dealers have dedicated parts, sales, and service employees to ensure customers are supported at the highest level. A significant number of new dealers have come on board over the last few years and the dealer network now consists of over 235 locations worldwide.

Throughout the years numerous Bandit employees have made a significant impact on the success of the company. The commitment for quality, innovation and dedication is instilled in every Bandit employee and one of the main reasons Dianne, Mike and Jerry decided to create and Employee-Owned Company (ESOP) in 2018.

The current state of the company is at a record high as Bandit now employs over 650 people, continues to see growth in all product lines, has increased manufacturing capabilities and is a top force providing equipment for the tree care and recycling industries.